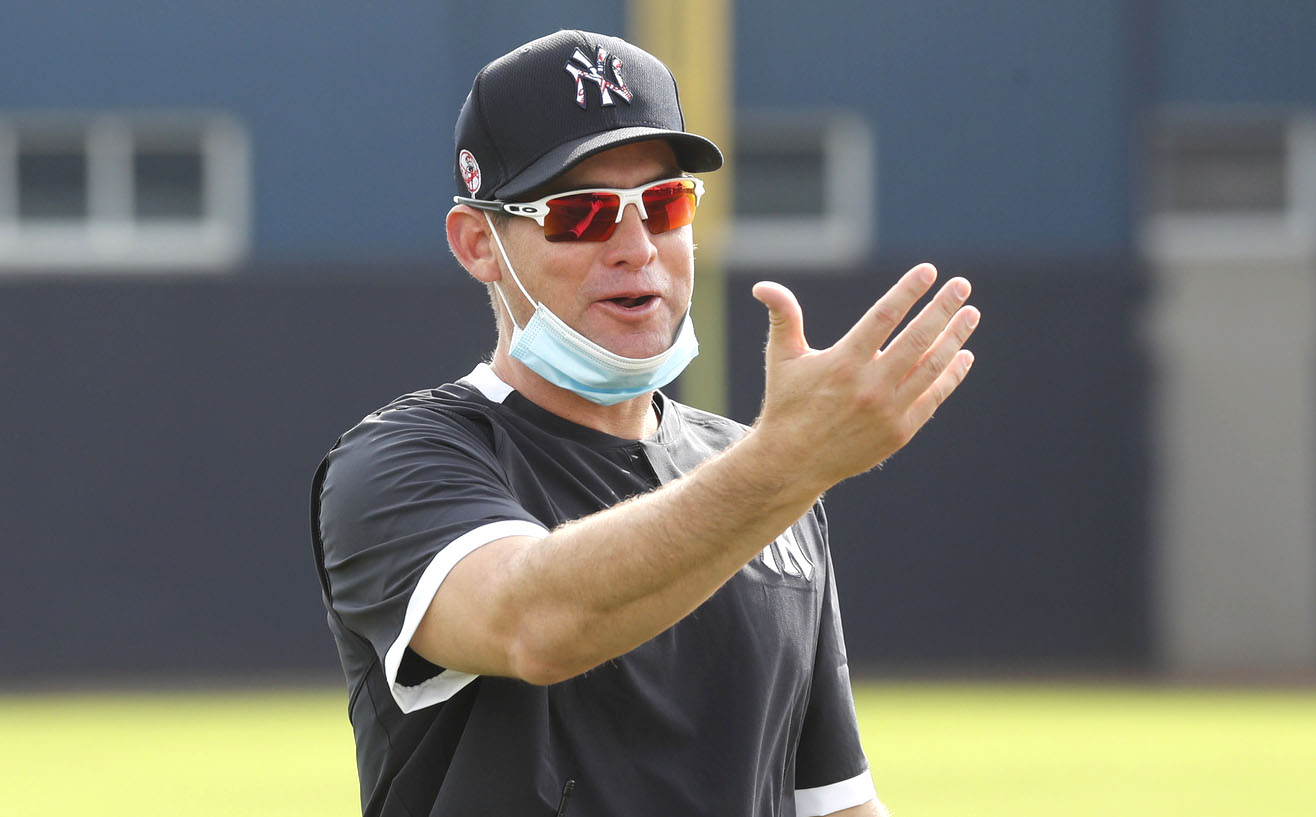 Now he’s adding a little more to his plate for however long manager Aaron Boone is sidelined.

The Yankees’ second-year bench coach took over managing duties beginning Wednesday as Boone took a medical leave of absence to have a pacemaker inserted.

Cashman predicted that Boone could return in as soon as 48-72 hours after Wednesday’s procedure, but until then, Mendoza will be keeping his seat warm.

“With the group of coaches and personnel we have here in camp, that’s the goal [to hold the fort],” Mendoza said. “The mindset doesn’t change. We continue communication among the coaches, making sure we communicate with the players the plan, practice plan, schedules, playing time — that communication continues to happen on a daily basis. We have a really good group of coaches here and really good personnel that our goal is to continue to get these guys ready to play the regular season.”

Mendoza, 41, joined Boone’s staff in 2018 as a quality control and infield coach. He received interest from other teams after the 2019 season, but the Yankees elevated him to bench coach — replacing Josh Bard — to keep him in The Bronx. He was also a candidate for the Red Sox managerial opening this offseason before Alex Cora reclaimed the job.

The Venezuela native played 13 seasons in the minor leagues for the Yankees and Giants, then joined the Yankees’ organization as a minor league coach in 2009. He had stints as the manager for the Gulf Coast League Yankees (2011) and Single-A Charleston (2012).

Mendoza, who has become close with Boone, echoed the sentiment that the manager’s approach to the procedure put him at ease.

“Just after talking to him this morning, at first, when I was talking to him, I was like, ‘Wow,’ ” Mendoza said. “But as the conversation progressed, listening to him and seeing his face, he was smiling in that meeting. He was joking around with the coaches before we started that meeting. So it was great. It goes back to the type of person and type of leader he is.”

Photos of Snowflakes Like You’ve Never Seen Them Before