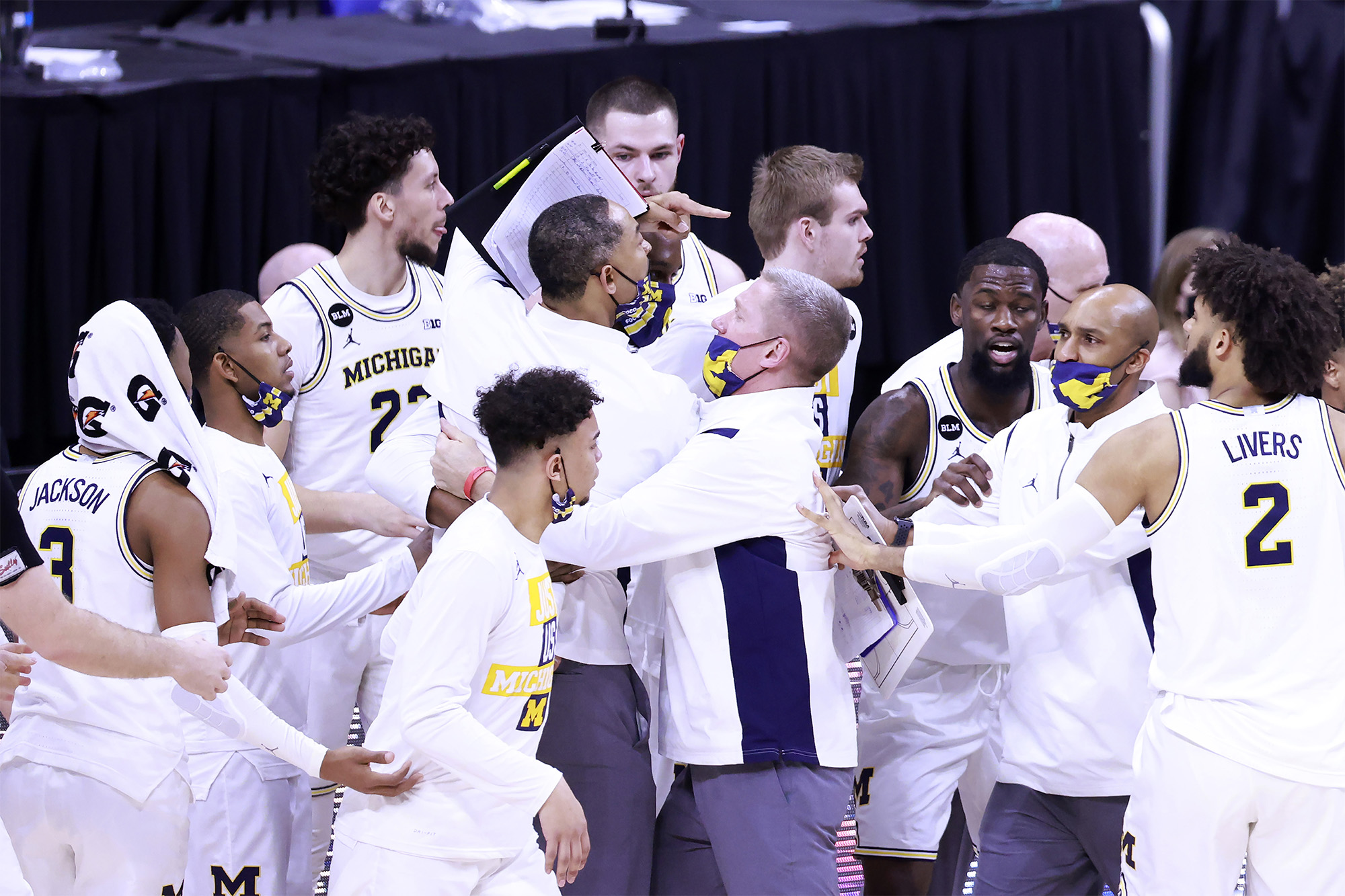 Michigan coach Juwan Howard allegedly threatened Maryland coach Mark Turgeon before he was ejected during the second half of Friday’s Big Ten quarterfinal.

No formal complaint was filed, per the report. Howard is not expected to be disciplined, meaning he will coach Saturday in the semifinal against Ohio State.

The two coaches had to be separated by officials and other staff members after a shouting match between the benches broke out in the second half of the Wolverines’ 79-66 win.

When it happened again Friday as Michigan cruised to victory, Turegon said he “wasn’t going to take it the third game. And so I stood up for my team, I stood up for me.”

He was charged with one technical foul but continued coaching the game, while Howard was thrown out after drawing two technical fouls.

Michigan freshman Hunter Dickinson trash-talked the Maryland bench during a win on New Year’s Eve, but the report states Howard was doing so as well rather than curtailing his players.

It looked like Howard was gesturing toward the Maryland bench to start the fracas, but he later said he was trying to argue a call with the officials when Turgeon said, “Juwan I’m not going to let you talk to me! You don’t talk to me ever again!”

Afterward, Howard told reporters, “I was raised by grandma and by Chicago. When a guy charges you, you go into defense mode… When he charged me, I reacted.”