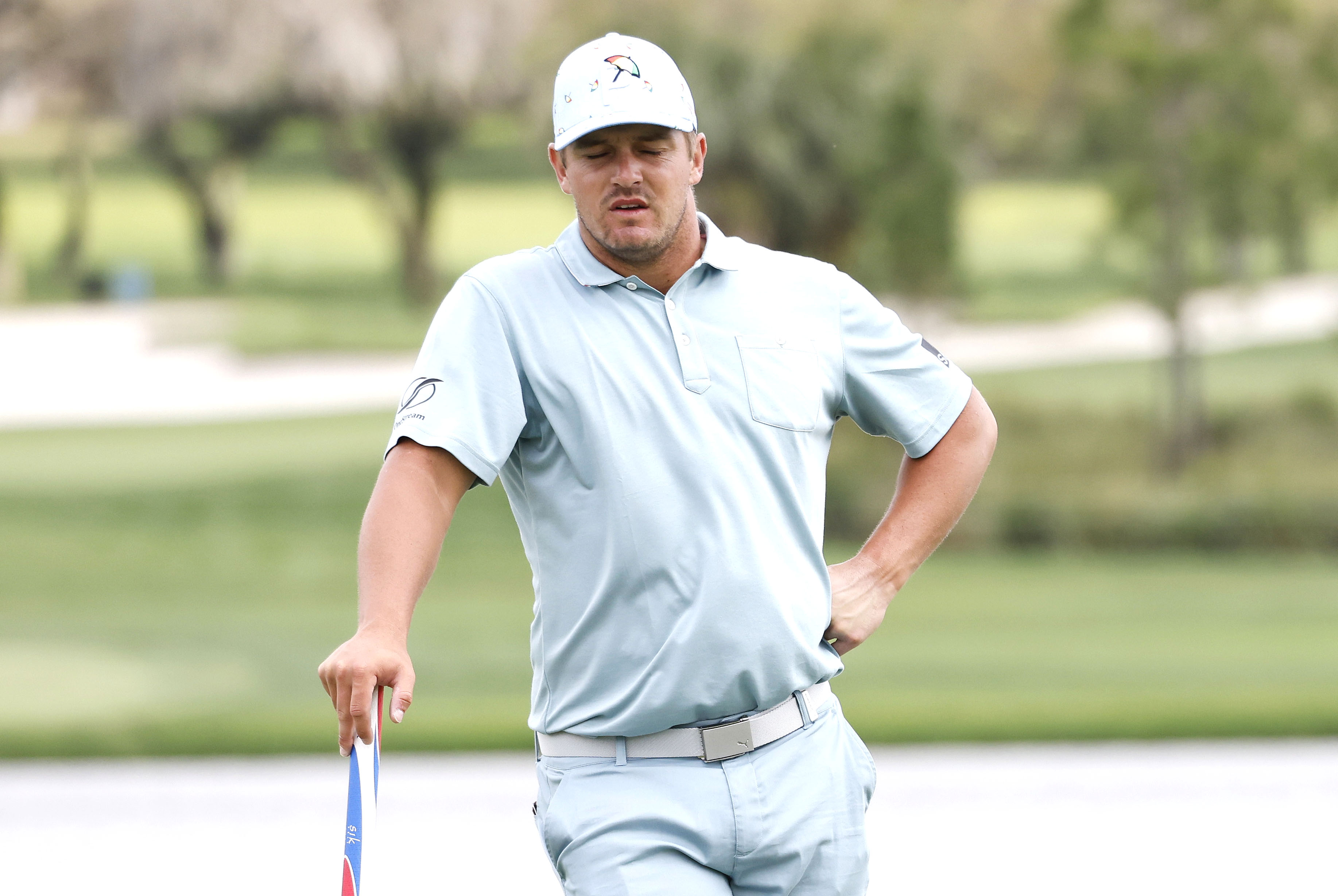 ORLANDO, Fla. — “Everybody wants to see this,” Bryson DeChambeau said as he teed his ball up on the 555-yard sixth hole at the Arnold Palmer Invitational at Bay Hill during his pro-am practice round on Wednesday.

DeChambeau gave it a go, trying to drive the green on the par-5, which bends around a large lake. The direct-line carry over the water from tee to green is about 340 yards and DeChambeau’s tee shot, into a 15-mph wind, landed about 30 yards short of the green in the water. He tried it a second time and landed it a few yards shorter.

“”If it’s not into the wind, I can get there,” Dechambeau said after his second attempt fell short.

DeChambeau has indicated that, if the wind is favorable, he might go for the green in tournament competition. He said earlier this year that if the conditions were right, he would “100 percent” try to drive the green.

Beginning Friday, the wind is supposed to shift to a more northeasterly direction, which would be down-wind and tempt DeChambeau.

John Daly famously made an 18 on the sixth hole in the 1998 tournament after trying to drive the green multiple times and failing to carry the lake.

Too Much High-Intensity Exercise May Be Bad for Your Health